It's been some time (a month or so) since I put the big table up in my dining room for a proper game. Ziggy brought his Firestorm Armada ships over yesterday afternoon. It's been since last summer since FSA got any play in my house so it was way over due.I wanted to use as much Ryushi stuff as I could - they were the last FSA models I purchased and painted when Spartan announced they were closing up shop. This would be a bit of a "new paint curse" test since technically they have fresh paint job (from last September).

We set the points at 1000 and selected "Escalating Engagement" as the scenario. This would force us to leave our big ships off the table at the outset and wait for them to arrive as reinforcements. The force deployment zones are in opposite corners, with the red and blue edges indicating where the reinforcements can arrive. 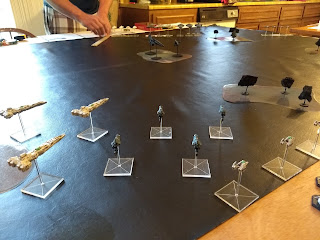 My Ryushi (white) and Xelocians deployed. In the distance is a combined Terran and Hawker force. 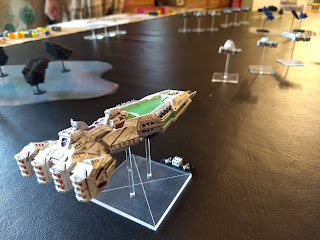 I was quite fortunate that my Battle Carrier, the RSS Frank Sulkowski, showed up on turn 2. 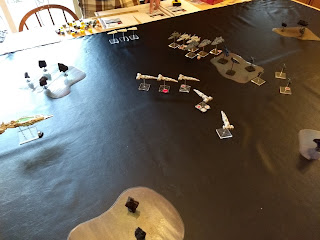 By the time it arrived, I was already one cruiser and one Xelocian frigate down. The long-ranged torpedo power of the human ships is nothing to sneeze at. 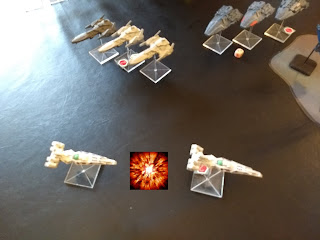 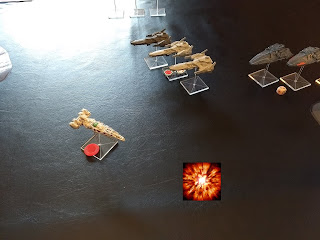 Not to be outdone, the close-range firepower also makes quite an impression. Two more Ryushi cruisers gone. 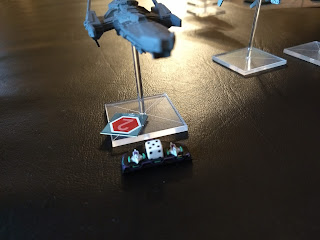 At least my little buddies were now out and on the loose. A fighter group catches a Hawker cruiser and does more than just scratch the paint. 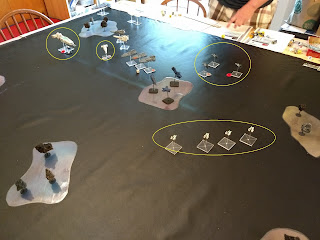 It was cold comfort though, my fleet was in tatters, with just the Battle Carrier, a single weak cruiser, and two frigate squadrons still active. The frigates are fast and close-ranged, they had been "nipping the Terran cruisers' heels" and were doing a pretty decent job at it. 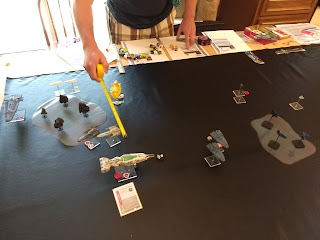 The Hawker carrier has now arrived and locks in on The Big Guy. You can see that the humies finally gave my frigates some attention and that last cruiser is now in pieces. 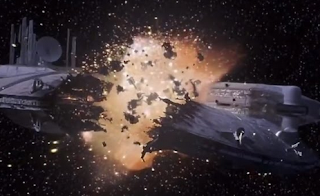 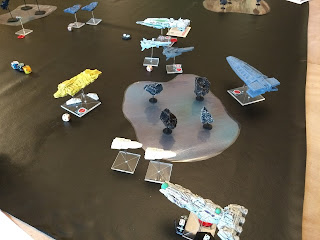 Yay! The cavalry showed up. Late as hell, but whatever... I'll take it at this point. The RSS Manga Pop Extreme immediately sets upon the Hawker space blight. 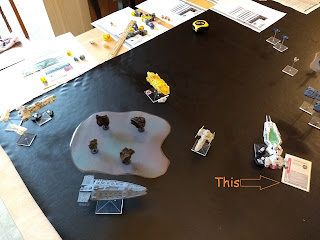 I managed to kill off a second Hawker cruiser, finally scoring some points! I continue to play the "Power to Shields" card, giving Frank 4 shield dice and frustrating the hell out of the Terran commander. 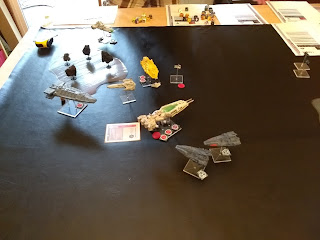 At the end of six turns, Zig still hadn't managed to kill my Battle Carrier, so if nothing else, that was a bit of a win. It absorbed at least 12 attacks on the last turn and still had one hull point left. The Hawker carrier however was losing atmosphere at a terrific rate after being set upon by the remnants of the Ryushi battle group.

We called the game there. Ziggy had won handily and completely. It was still a lot of fun after I got past the initial frustration of watching my ships explode and my dice be terrible. The final score was Ziggy 12, me -1. Womp womp. We'll get 'em next time!

Most of my recent painting has been focused on terrain bits. I finished up a handful of pieces in the last week or so. 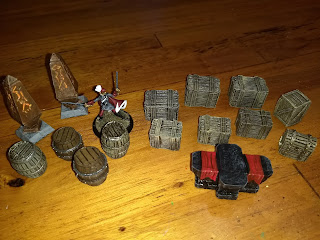 28mm scatter terrain with a Guild Ball mini for scale. 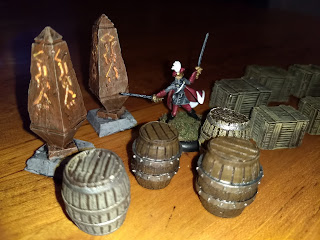 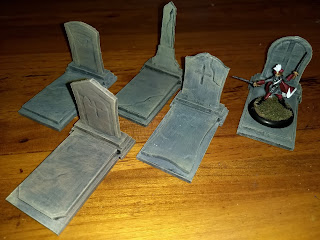 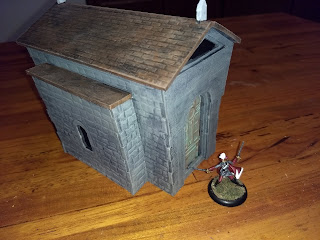 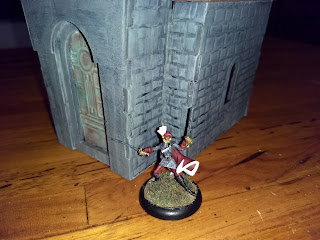 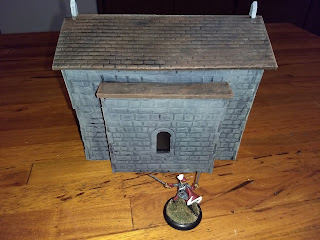 The Plastcraft wasn't the pre-colored stuff  I'm used to, but painted up easily and nicely enough. One of these days I'll actually get to play a game - it feels like it's been ages.
Posted by Ski at 7:25 AM No comments:

Yeah, I know this blog has been a ghost town lately. No good explanation other than a relative lack of productivity and gaming. Zig and I did get in a game of X-Wing last weekend but with only two pics, it didn't seem overly blogworthy. In the interest of "pics or it didn't happen..." 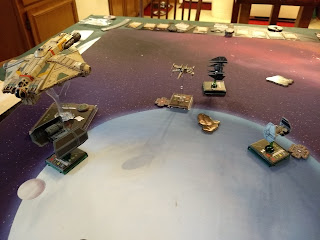 I have done a little bit of hobby-related painting and thing-making. First up was this bus stop shelter I made for the Batman game a few weeks ago. 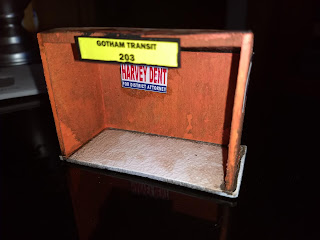 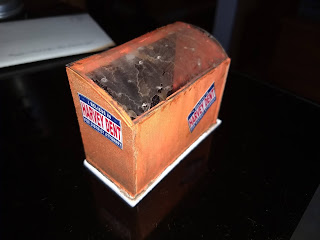 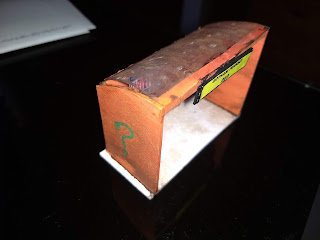 It turned out nicely in my opinion. The gap between the roof and side, very evident in the third picwas just something I couldn't get around. Trying to get the clear plastic bent properly and then attaching it to the structure was not a simple ask.


Last weekend I got the itch (no not that itch!) to paint some tanks so I ordered and painted up some early WWII 1/72 models for Rate of Fire. 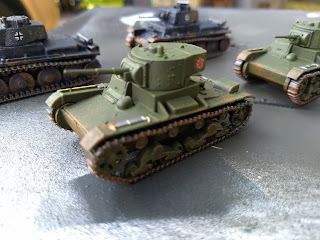 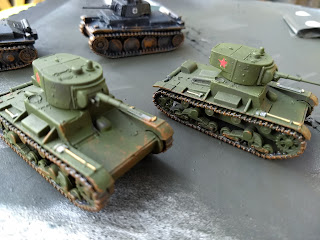 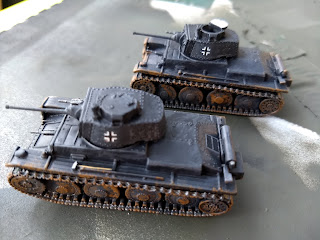 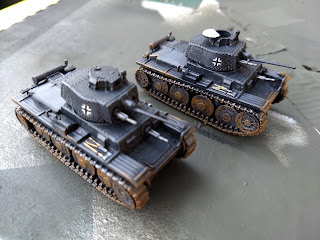 The models are from Pegasus. As usual with their sets, they went together easily and were an absolute joy to paint. They do not come with decals so I had to scrounge from my collection. Allied invasion stars were repainted as the red stars on the T-26es, thus the slightly weird appearance. Luckily, I have loads of balkenkreuz decals from my Flames of War days. One of these days, I should spend a few bucks on some red stars.
Posted by Ski at 8:53 AM 1 comment: