I've been working on some other things recently but I managed to complete a few models over the weekend. 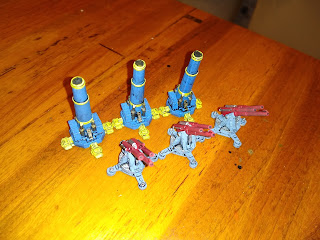 And a few GHQ micro armor additions. Mainly because I felt like painting something that I hadn't done in a while and also because they'll make fine targets for wild weasel-types. 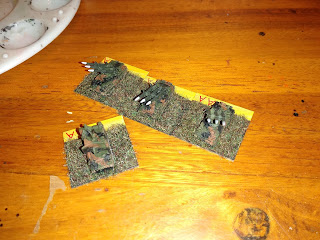 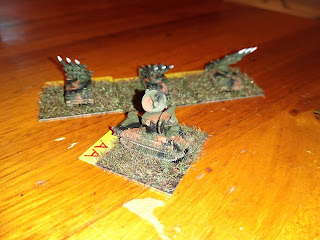 An SA-6 / 2K12 battery! Obviously it would be unusual to have these on the board during a game of MSH or CWC but as I alluded to earlier, they'll make fine dangerous targets that need to be dealt with before other air assets are free to roam.
Posted by Ski at 4:18 PM No comments:

Painting and a Game

I managed to get in a game yesterday - my first in almost a month. Ziggy and I played X-Wing. He's flying out today for the Middle East for 3 months or so. We needed to get in one more fight before he left. AS it turns out we both put together Rebel lists. The resulting intra-faction engagement was tense and closely-fought. 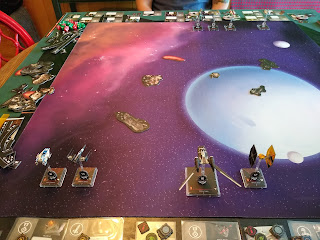 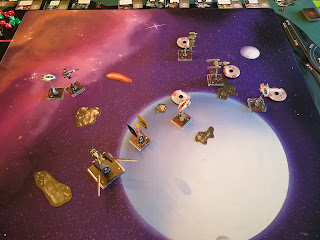 A couple turns in.

It was one of best games of X-Wing I've ever played in. Our lists were well-matched and it was difficult for either of us to get a real advantage over the other. Midway through, I was down, 4 ships to 2, and managed to crawl back to 2-2 before I lost a third ship at which point I conceded. I really liked the U-Wing. It was my first game with it and it has some very nasty tricks in its collection - very impressed with that ship. The A-Wings are still a favorite of both me and Ziggy. It got a massive improvement with the switch to second edition and is now a top-tier fighter that doesn't just look cool but is well worth taking.

In other news I added a couple of great toy cars to the Batman street scenery collection. 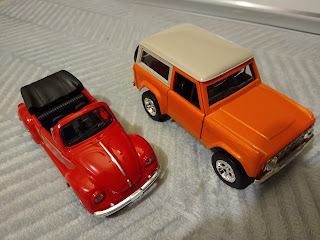 A Beetle and a Ford Bronco. So happy... so many of the toy cars in this scale are Lamborghinis and Porsches. It's nice to add some more "middle class" cars to the collection.

A lastly, I've knocked out the rest of the Marvel Crisis Protocol terrain pack for Wayne. 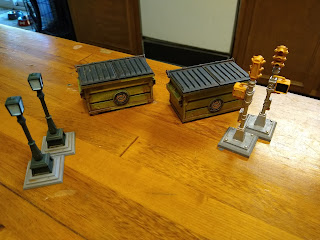 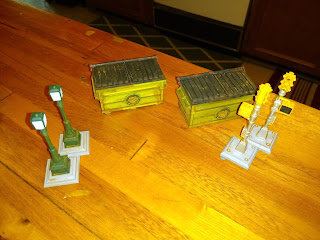 With and without the flash. I'm not daring enough to attempt the pedestrian displays on the street lights. I don't want to do an ugly job. Just a few Squat artillery pieces, some aircraft and bunkers to go!

I never take on commission jobs because, well, I prefer to paint at my own pace and for my own satisfaction. Last month during the Batman game, Wayne left a bunch of stuff with me that I agreed to paint. It was a mix of Marvel Crisis Protocol superheroes stuff and awesome, amazing EPIC SPACE MARINE stuff from GW's heyday in the early and mid-90's. I never thought that I'd be painting the same models in 2020 that I did over 25 years ago!
It's certainly not done yet, but here's the progress so far. 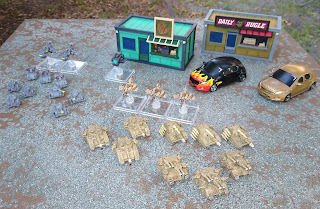 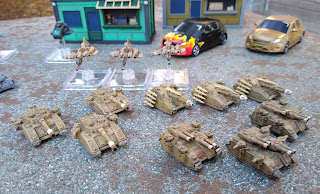 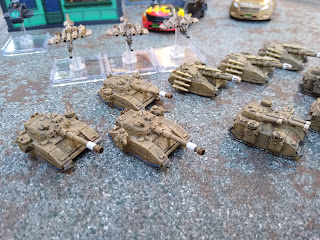 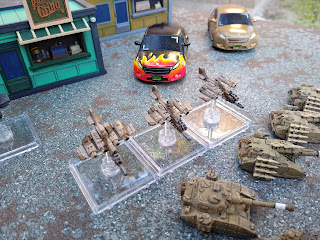 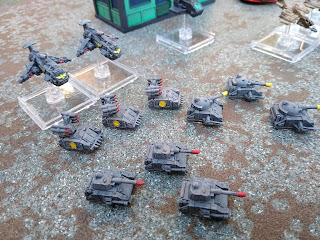 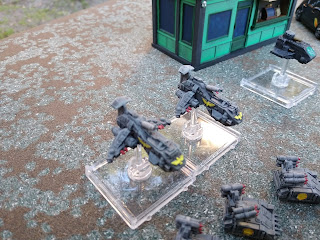 There's also a Squat flier in there. Sadly, there wasn't much more Squat stuff in the lot. 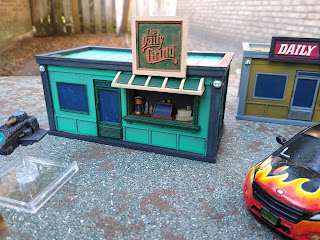 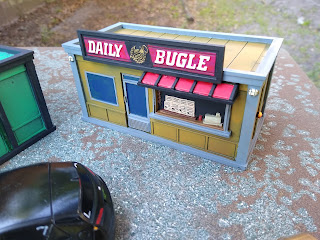 Two Crisis Protocol buildings. Absolute murder for me. I despise painting shit like this. Stab stab. 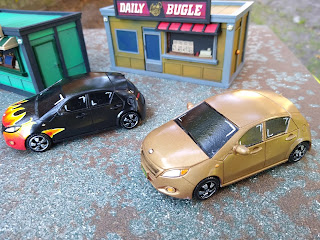 And the two cars that were part of the CP scenery pack. Also murderously hateful to paint. There's a reason I buy toy cars for my Batman games. At least he flame job was fun. What's a shitty Prius without a flame job?
We well, stay cool and more later!
Posted by Ski at 7:33 PM 2 comments: