Z and I pulled out the Infinity bits again yesterday afternoon as we reacquaint ourselves with it. Rather than a basic shoot-em-up in which I'd have had severe disadvantages, we played the Supremacy scenario from the MRB. 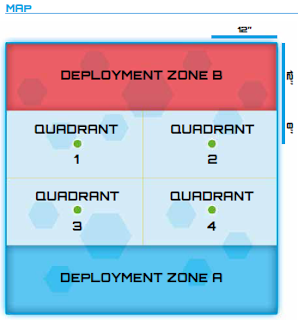 The four quadrants are objectives in and of themselves. The green dots are also objectives - consoles that the two groups are fighting to take control of. The scenario features a very short three-turn time limit. 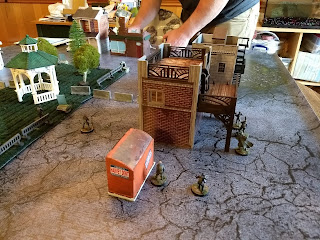 The consoles were set up in and around a central square. Here's a shot of my French Ariadnans advancing up the right flank and trying to cross over to the square. 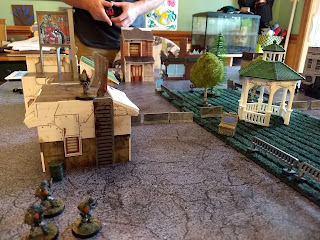 Meanwhile, the Briscards handle the left flank. One trooper takes up a position atop a building. 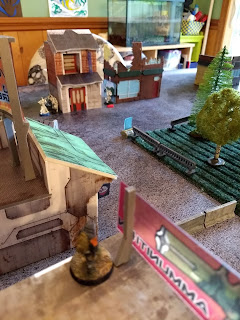 He quickly finds a target below and snaps off a quick burst at the PanO knight. 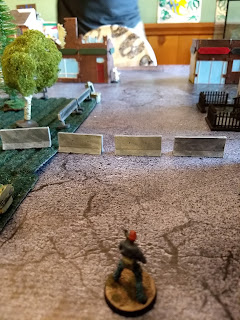 Oh the shame! My commander is gunned down running across the street... by an unpainted model no less! 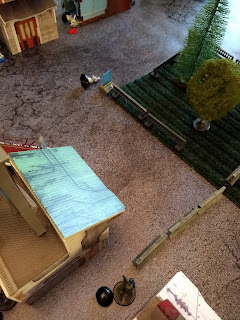 Zouave Jacque looses a hail of lead at a Fusilier who's run up to one of the consoles. The PanO trooper is knocked out easily. 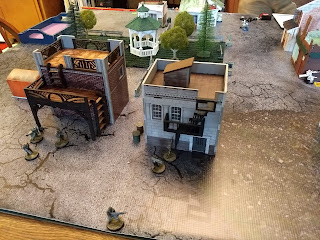 My flanking maneuver continues. Unfortunately, the Pan Oceania squad has a lot of troops providing covering fire and it's just too dangerous to pop out and engage. On the plus side, I've been racking up points for dominating the battlefield and by the end of turn 2 the score was 4-0 in my favor. 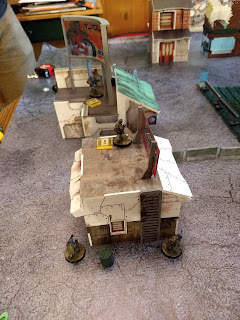 The Briscards now have a sniper and a marksman on buildings on the left. They'd soon have some company. 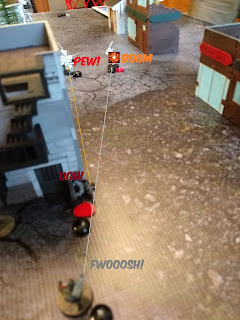 But back on the other side, the Knights make a run for the console! My Para Commando with the machine gun takes some shots but return fire from one of the knights' Spitfires takes him out with a critical hit! The Moblot takes the opportunity to loose a rocket from her Panzerfaust which connects squarely and takes out her target. 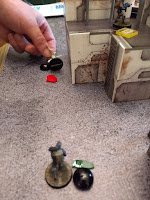 A PanO Fusilier came around the corner and took out my Briscard medic (not pictured). Jacque avenges him by gunning down the scum. 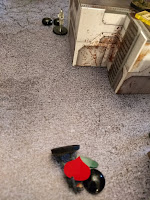 The tit-for-tat situation continues with another Pan Oceania fighter  rounding the corner and taking out the Zouave.

It was turn 3 and Ziggy had no order markers left so we ended the game. Final score - 6-2 in favor of the Ariadna (Me!). That was 5 from table sectors and 1 from a console to Ziggy's single console and one shared sector.

It was a nice, quickly-paced battle with loads of action. My numerical advantage really helped counter Z's quality advantage. It also helped that he held a lot of his troops back on overwatch rather than pushing forward to score domination points. We're both becoming more comfortable with the game and our forces. Looking forward to the next contest for sure!
Posted by Ski at 10:50 AM No comments:

I found a couple of goodies in the WalMart Christmas section recently that you may also be able to pick up given the time of the year.

The first was this snazzy gazebo that's perfectly sized for 28 - 35mm gaming. 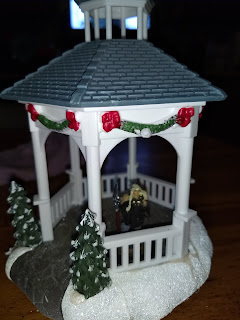 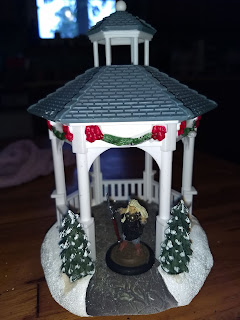 I took mine off the base and am going to repaint it so it'll be a bit less seasonal, but it was a great pickup for $7.00.

The other was this snowman-themed water tower, just perfect for 15mm. 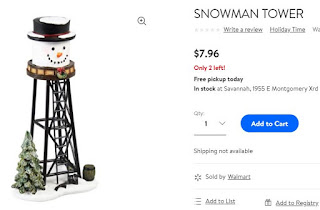 It came off the base really easily and the ladder also detached without effort. I Dremeled Frosty's face down (it's resin) and repainted it to make it fit in a bit better with my Stardust Ground stuff.

Easy work and another great, inexpensive pickup to add a bit of character to the tabletop.
Posted by Ski at 1:40 PM 2 comments:

Painted up another Malifaux crew this week.Yeah, yeah, I know I still haven't played the game but the minis are gorgeous and I really just like painting them. One of these days I'll try it as a game. This is the Guild "The Torch and The Blade" box. 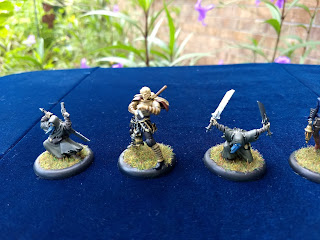 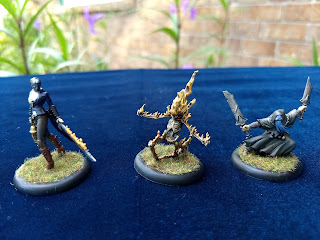 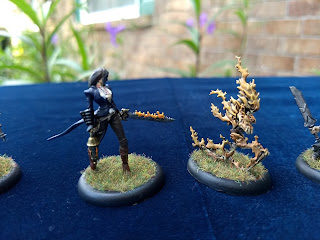 As ever with their minis - beautiful and interesting multi-part plastic models that go together very easily.
Posted by Ski at 11:05 AM No comments: