I haven't had the energy to put together full battle reports for the last two games I played but I took loads of pictures and figured I should share.

Both games are from a couple weekends ago. I took the Italian Wars models over to Mike's place and we played Swordpoint for an afternoon. 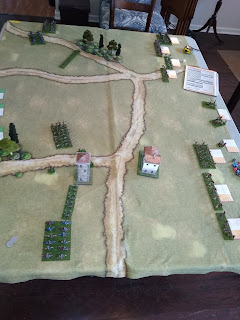 The game war a closely fought affair. I commanded the Venetians while Mike and Mark split the Spanish contingent. 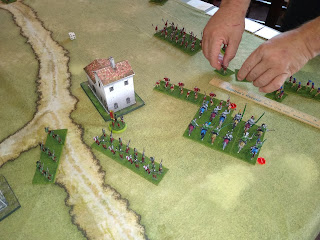 My newly painted cavalry smashes into a regiment of swordsmen. My heavy armor proves to be useless since my dice are obviously traitors. 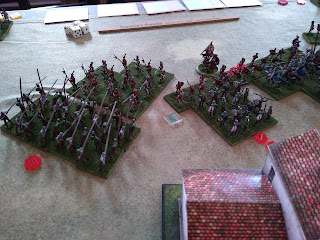 My troops complete the long run across the table. My pikemen plow into the halberdiers. The dice again prove to be my undoing. 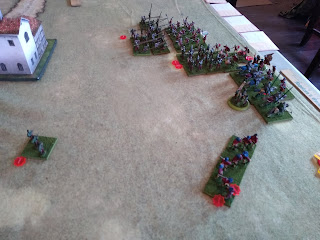 And now we get to the part where Mark's patented "stop retreating at the edge of the carpet" talent kicks in. My troops drove him back to the edge and then the Spanish just stopped backing up. 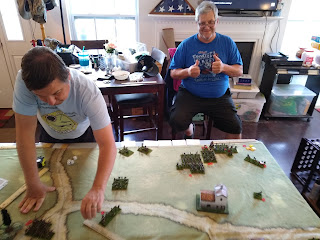 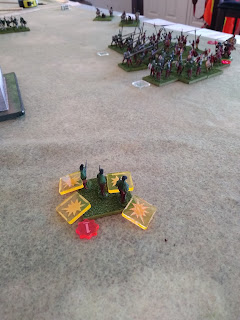 Mark's mortar finally finds a target late in the game and finishes off a unit of Venetian arquebusiers. Feh. 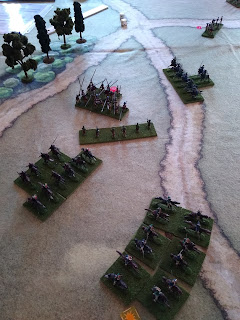 In "the other" battle on the left flank, I had a squadron of light horse rout when threatened by a flank charge from some lousy Spanish pikemen. The curses were loud and long. Nothing like routing on turn 10 of a ten-turn game and no way to rally.

In the end, we gave the Spanish a minor victory for eliminating two units compared to just one that wiped out. Mark's inability to fail morale tests caused me considerable trouble. Mike's skillful maneuvering of his units on the left kept my light cavalry hemmed in and busy. Either way, it was a great afternoon's battle.

A couple days later, on Monday (Labor Day here in the US of A) my wife and I played a bit of my simple skirmish rules that I put together to play X-Files themed games. 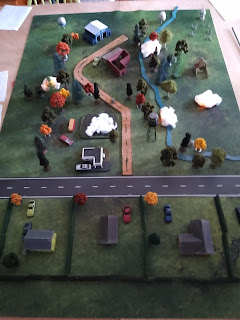 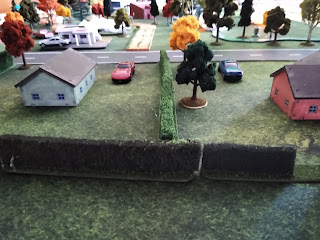 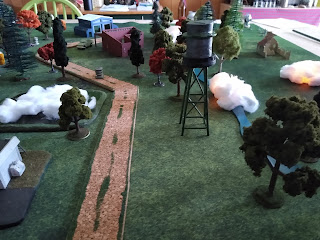 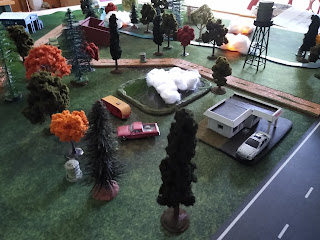 The table layout was tasty. We had aliens and government agents competing to control five uplink sites. 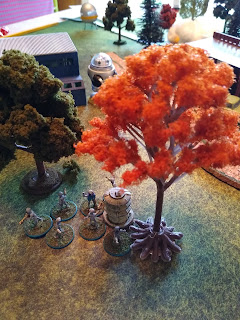 A group of aliens wastes little time capturing one of the control points. Looks like they've got a massive robot moving in as well! 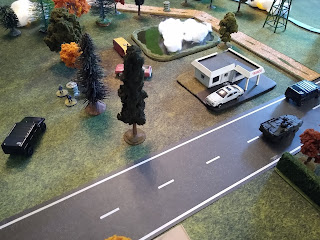 A couple of SUVs and an armored personnel carrier move in. Two agents hop out and make their way to one of the pylons. 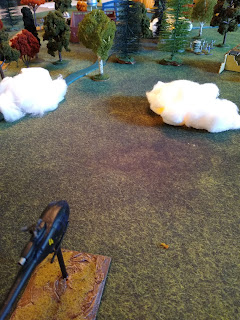 My helo spots another group of aliens in the distance. 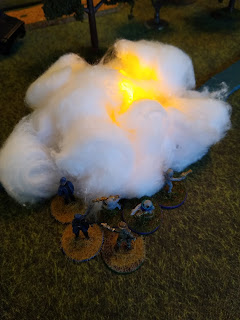 I send some soldiers to battle a group of invaders amidst the fog. Things don't go well for my soldiers. 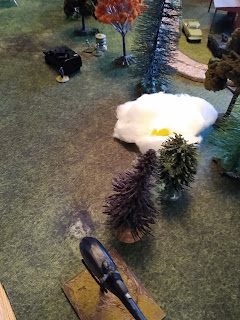 Scully and Mulder have hitched a lift on the chopper and head to assist a lone agent near pylon 1. 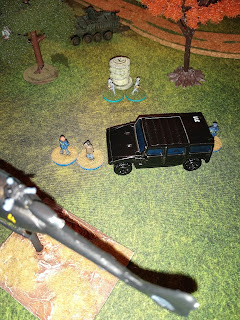 Their presence helps, but is it too little, too late? 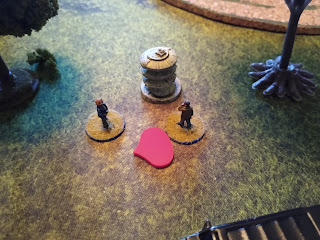 It seems to be, as the aliens complete the uplink and they're able transmit their message to the mothership.

And of course a quick video of the table.

So there... not just painting around here lately. There has been some gaming. Looking forward to Southern Front this weekend!