Another Outing for the Boats

Plans shifted on Saturday and whereas I thought I wouldn't be playing any games this weekend, I was able to get in a battle with Ziggy. We pulled the Armada fleets out of drydock and gave it another go. We used nearly all the ships we had and played the "Capture the Kraken" scenario which is a shoot-em-up with the added entertainment of a Kraken roaming the waters. The Kraken will absolutely wreck any ships he gets very close to but one can score victory points by damaging it with gunfire. Victory points could also be scored by sinking enemy ships. 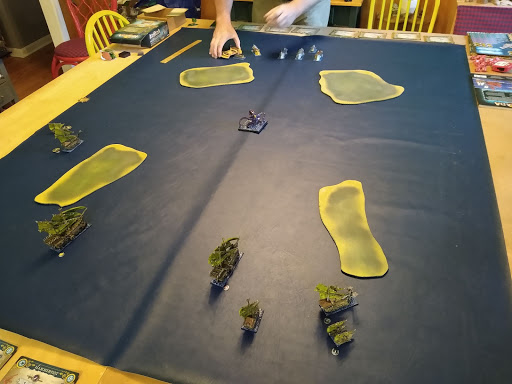 My Goblins sail out.I've spread out a bit since ships need a wide berth to turn. The Dwarves are grouped up in the center. 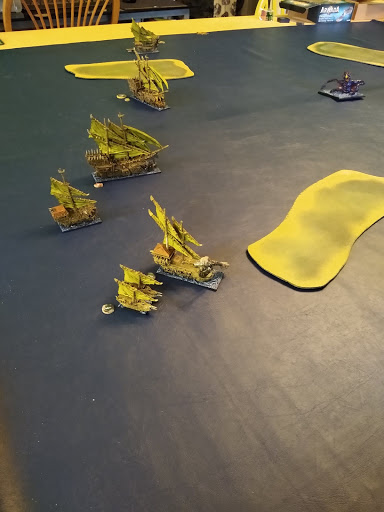 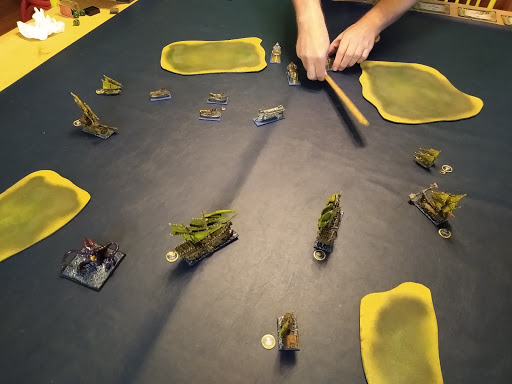 The Dwarves veer west. My faster ships have gotten to the center but the monster has slipped past my ships northward "Nevermind that Kraken, dems is stunties over there!" 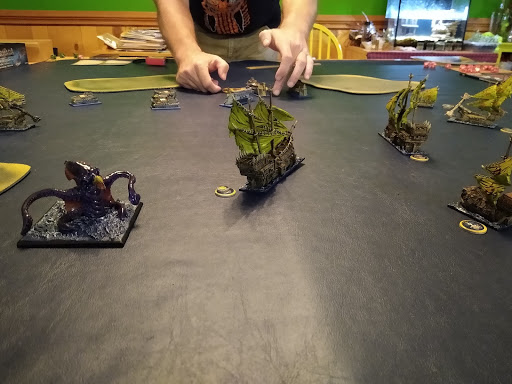 Maneuvering is going to be a problem soon I think. 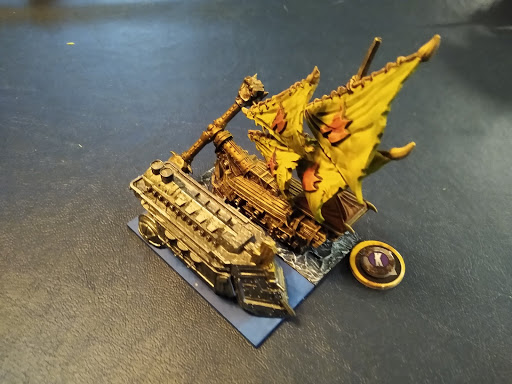 One of my Hammerfist battleships pulled abreast the nearest ironclad, grappled it and in no time hordes of crazed goblins were swarming over the Dwarf vessel. As it turns out, the was The Orcsbane, the Dwarf flagship and overflowing with boarding specialists! This would turn into an unmitigated disaster for me, but it was a great gaming moment as I was completely taken by surprise. 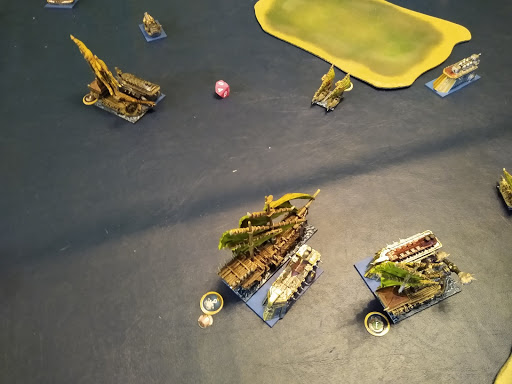 Not to be outdone, the other Hammerfist and one of my massive Smasher battleships also got stuck in with the stunties. The Smasher was able to ram its target, causing terrific damage with its reinforced prow. The Goblins performed much better in these combats. 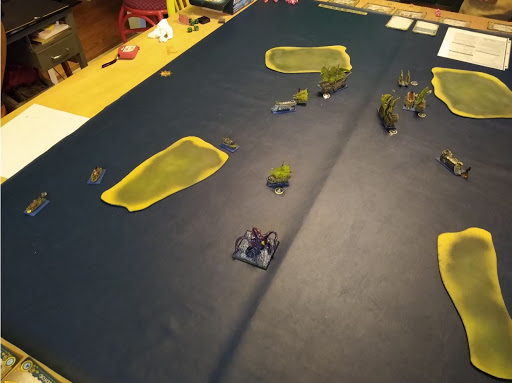 The Orcsbane finished off my Hammerfist in short order. My Smasher battleship towards the upper center of the image is obscuring an ironclad that it would force to surrender pretty quickly. In the lower right another Dwarf ship is crippled and slinks off to repair. 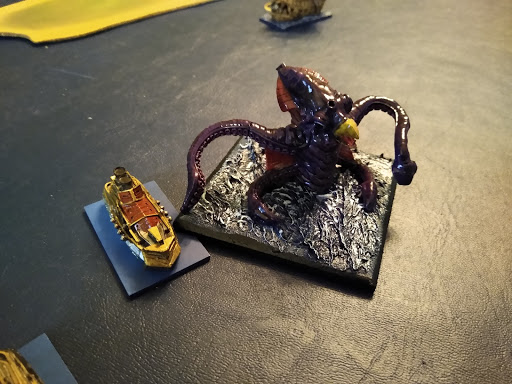 The Kraken finally catches up with a victim and wallops a small Dwarf ship. The vessel is sunk in short order. 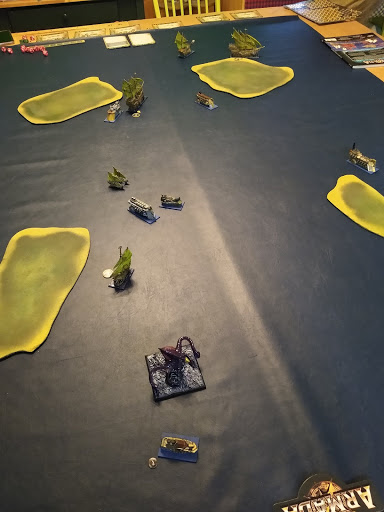 The larger part of my fleet has a long turn-around ahead of it. The Dwarves close in on the Kraken and my poor little Bomboat which is the only ship I have in the neighborhood. 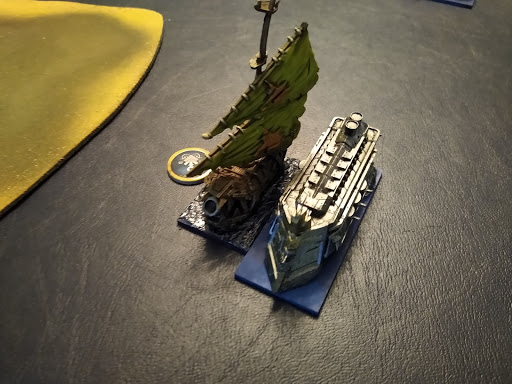 The Bomboat wouldn't last for long though as the accursed Orcsbane set upon it and sank it with very little trouble.
We'd played eight turns and had a heck of a battle. In the end, Ziggy won, 4-2. We each only scored one point each off fighting one another (small ships do not grant victory points when they die). Ziggy managed to bleed the Kraken for 3 bonus VPs and that was the difference. Things worked out well for him since the Kraken wandered off the direction his ships were going so once they were past my fleet, the Dwarves were able to get a few cheap volleys at the monster. Well played!
Posted by Ski at 4:03 PM